On a relatively unknown island in the Bahamas – did you know there are over 700! – called Long Island is a hidden gem of a resort called Cape Santa Maria. In August 2017, we spent 4 nights in one of their villas. They offer two room options: bungalows and villas. The bungalows, both one and two-bedroom, are set up much like a traditional hotel room. The villas, which are all privately owned, are actually what I would think of as condos given that there are 4 units to a building, two up and two down. Villas offer full kitchens and dining areas with attached bathrooms for both bedrooms and a separate laundry room. All rooms come with screened in porches and outdoor seating areas.

We flew to Long Island on Stella Maris Airlines from Exuma which was about a 12-minute flight over some of the most beautiful water and islands in the world. I honestly didn’t realize how many shades of blue you can find in the water! Our flight was the three of us along with one other passenger, also a guest at Cape Santa Maria. I got to “fly co-pilot” which meant I got to sit in the right front seat and was treated to the most spectacular of views. 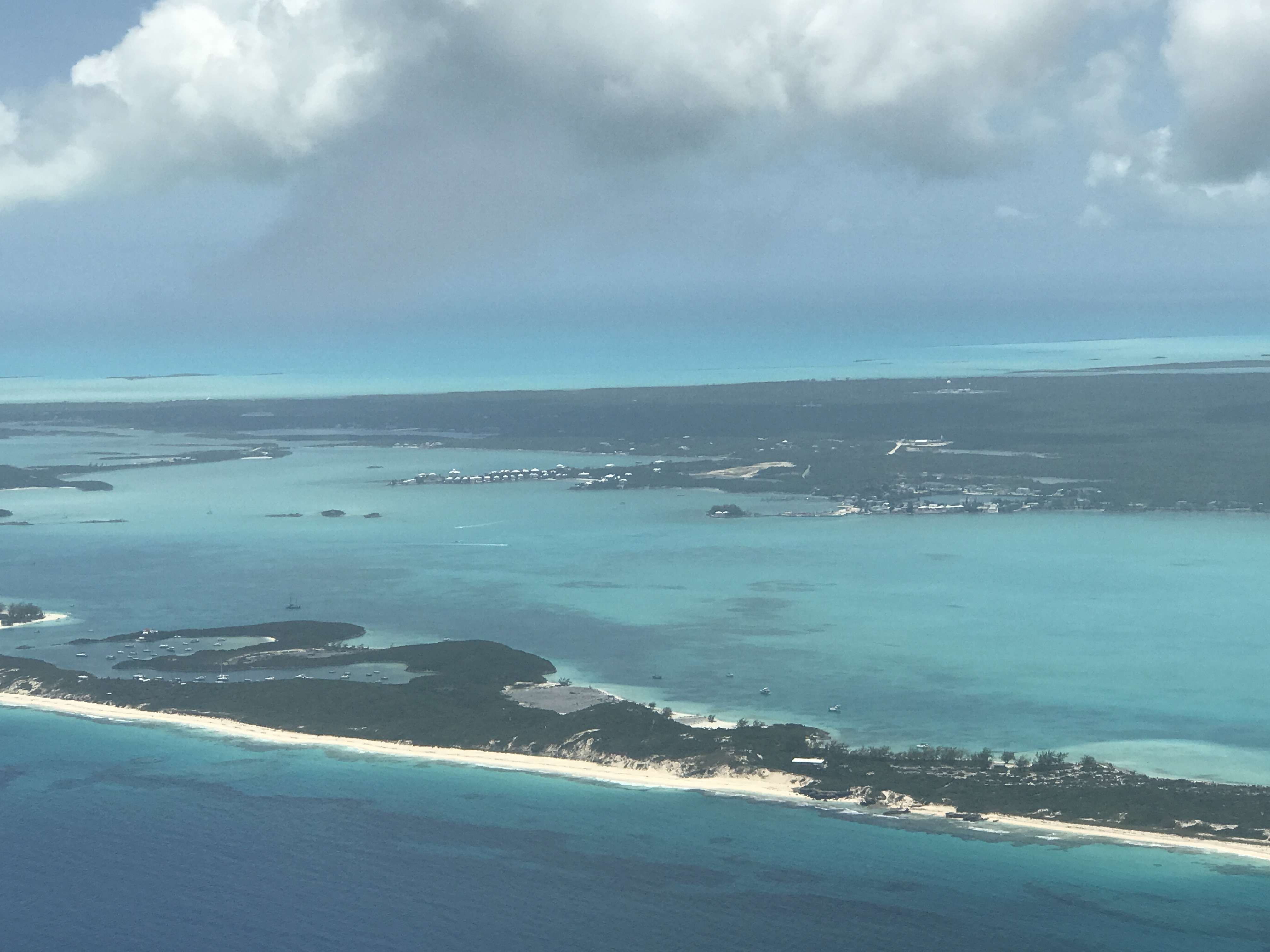 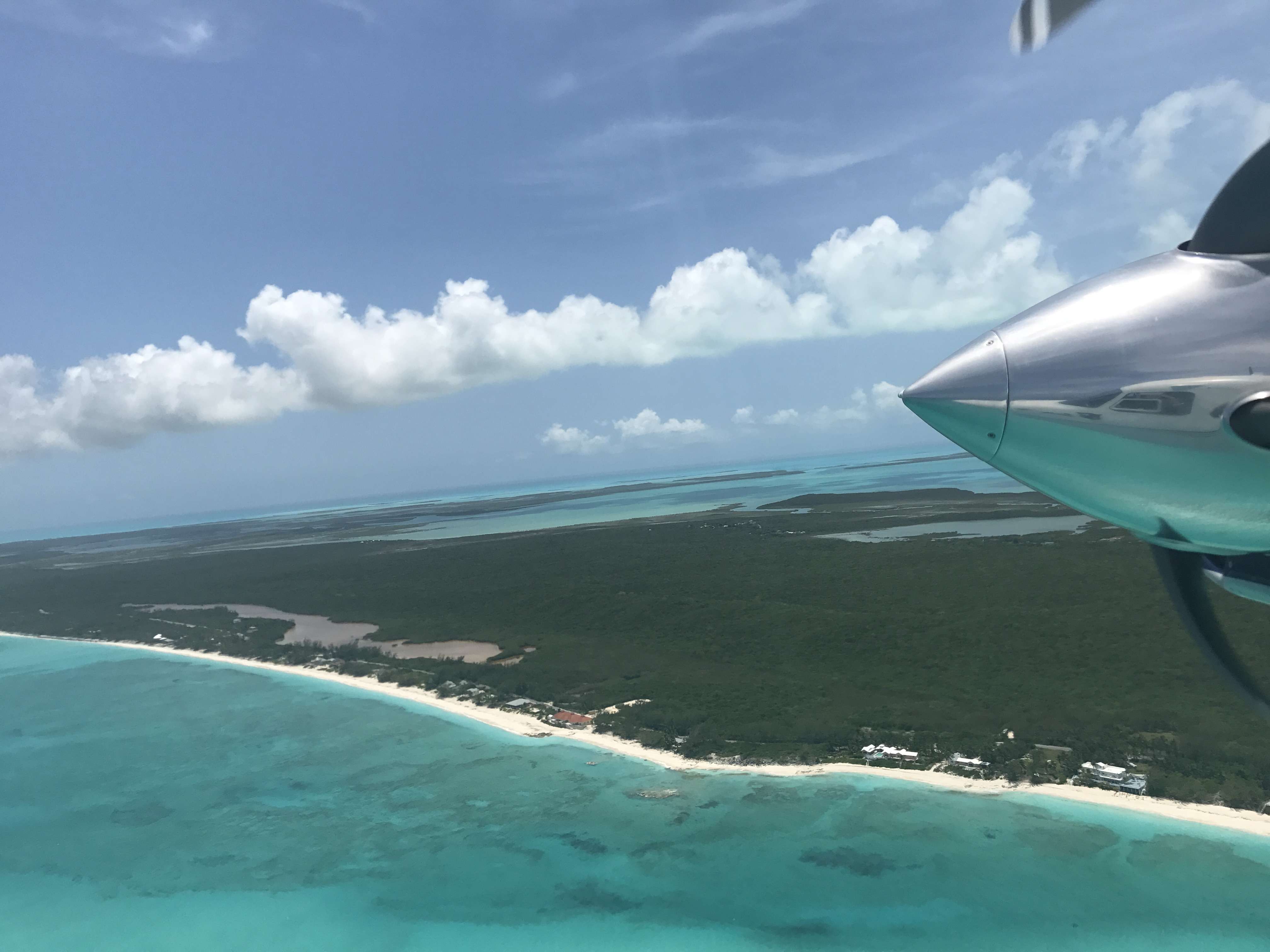 We took advantage of the resort’s offer to pre-order groceries which were waiting for us in our villa. Knowing we would eat lunches and dinners out, we ordered breakfast foods, snacks and fruit. We had our taxi driver, Devitt, run us by a liquor store on the way from the airport. This was a great stop for beer, Kalik and Kalik Light, but not so great for wine. I ended up finding better bottles at the resort and simply getting from the bar even if to take back to our villa.

There is no pool at Cape Santa Maria, but since the ocean was so calm and warm, it was not missed. I’d always rather be at the beach than a pool anyway when given a choice! Paddle boards, kayaks and Hobie catamarans were available free to guests. We had to rent snorkel gear ($10/day per set) which included mask, snorkel and fins. My husband also rented fishing gear one day which included not only a rod and reel, but tackle box and a box of frozen squid as bait. The fishing gear was inspired by our sighting of 3 tarpon swimming around the rocky point on the beach where the property’s restaurant is located. He actually hooked one fish TWICE and was rewarded with three fabulous jumps by the fish before the fish to managed break the line. (Fear not, they use c-hooks so the hook and line came out immediately and will not harm the fish long-term.) 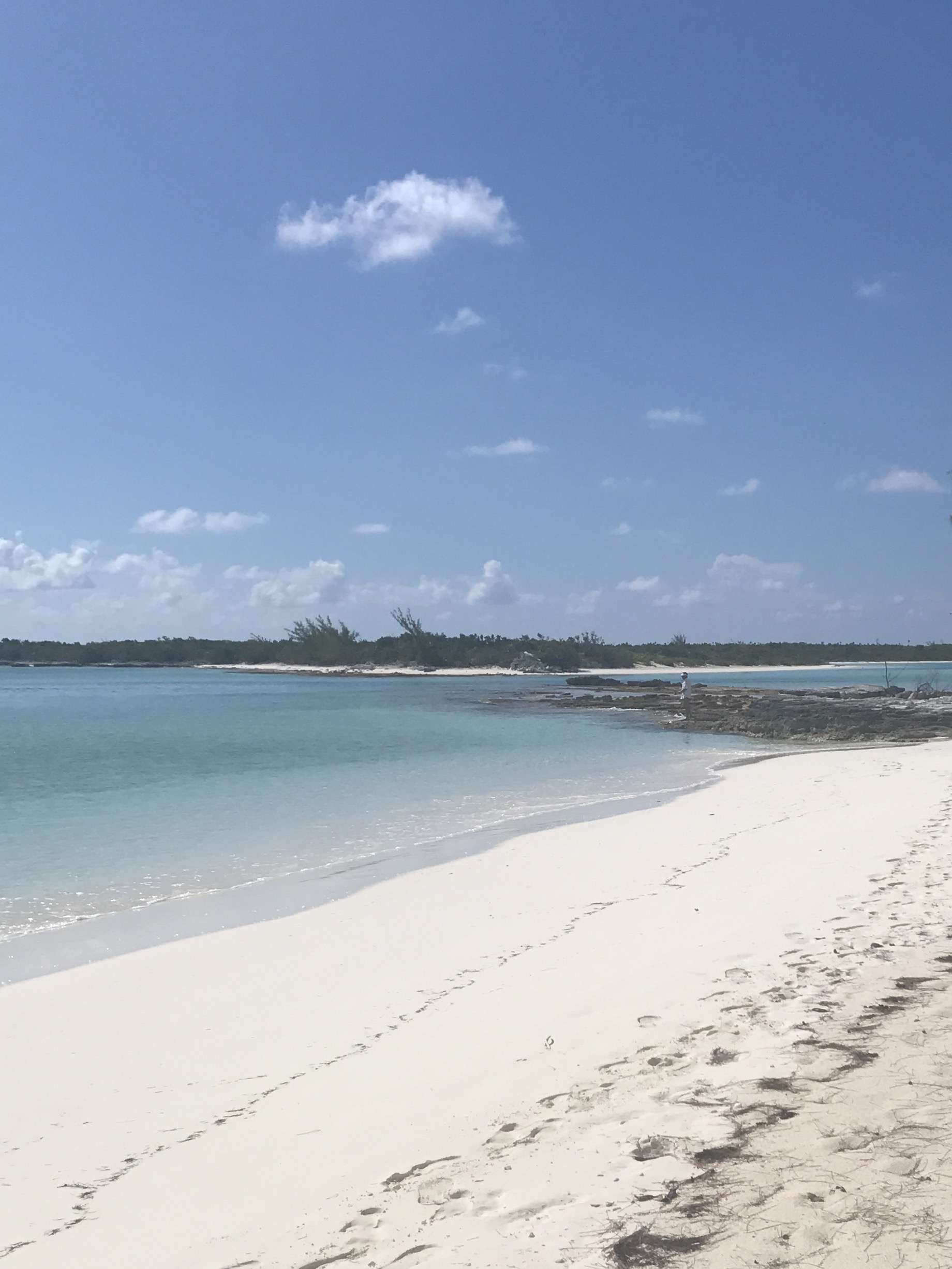 Speaking of the restaurant, there is one spot for eating on the property. It’s screened in, but not air conditioned. We found ourselves arriving at 8 each evening just to allow the air to cool a few more degrees before eating. It may be just me, but I find it hard to eat much when it’s over 85 degrees!

We ate lunch here too most days, but rented a car for an off-property adventure our first full day on island. Cape Santa Maria made that part very easy – charging the rental to our room and arranging for the car to be waiting for us at the appointed time. We took off down the island’s one main highway toward Dean’s Blue Hole. This blue hole is one of the most famous deep water spots in the world and we quickly learned it was the spot for the current world record free dive of over 270 feet. We were told that it took about 4 and a half minutes for the diver to go down and back! 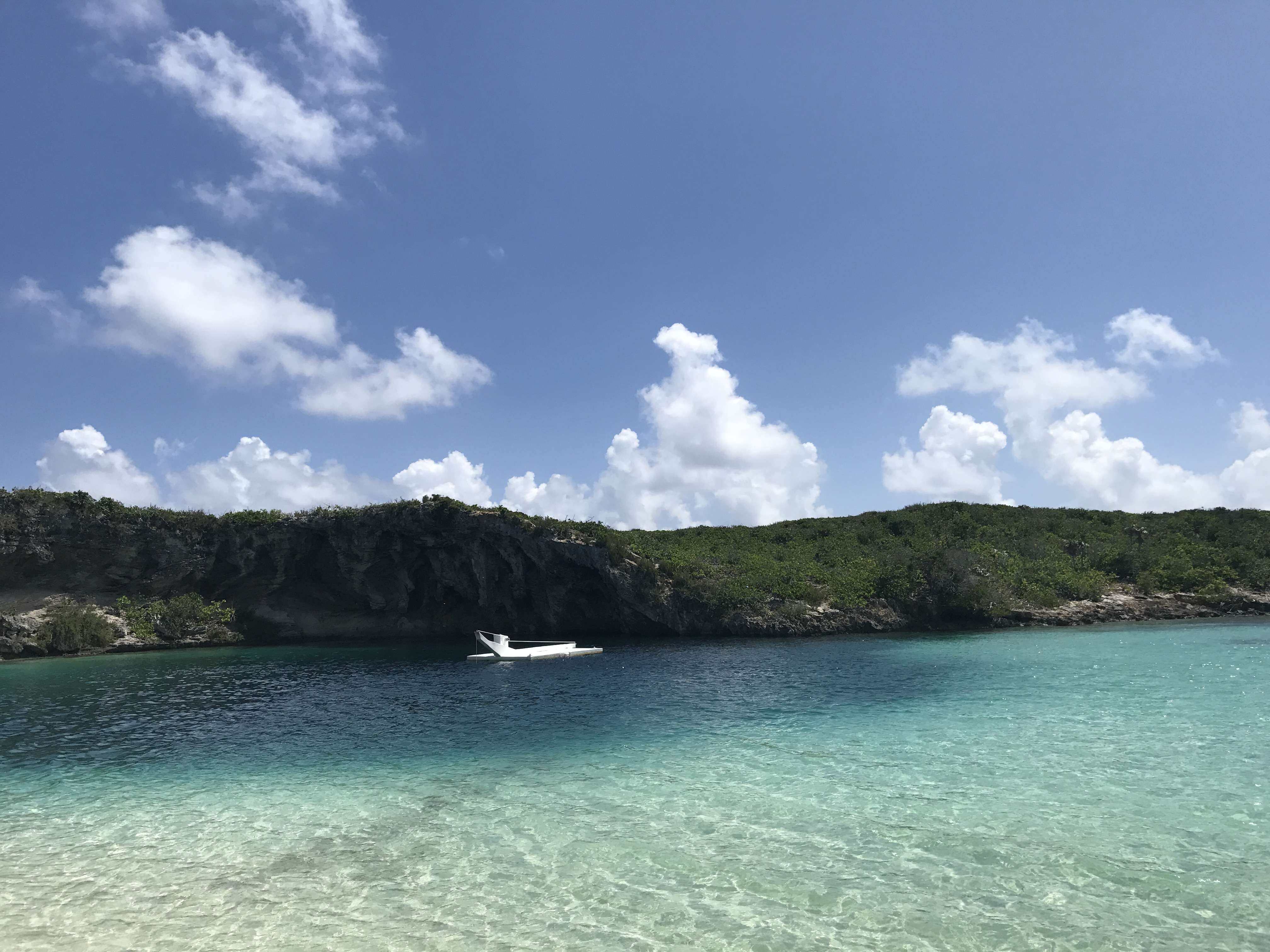 We ate lunch at Max Conch Bar – also a well-known institution and attraction. We found it everything a dive beach shack should be. And the served THE BEST conch salad that we had while on this trip. Which is saying something as my husband ate conch at each and every meal while we were on Long Island. We tasted a fair amount of conch salads! 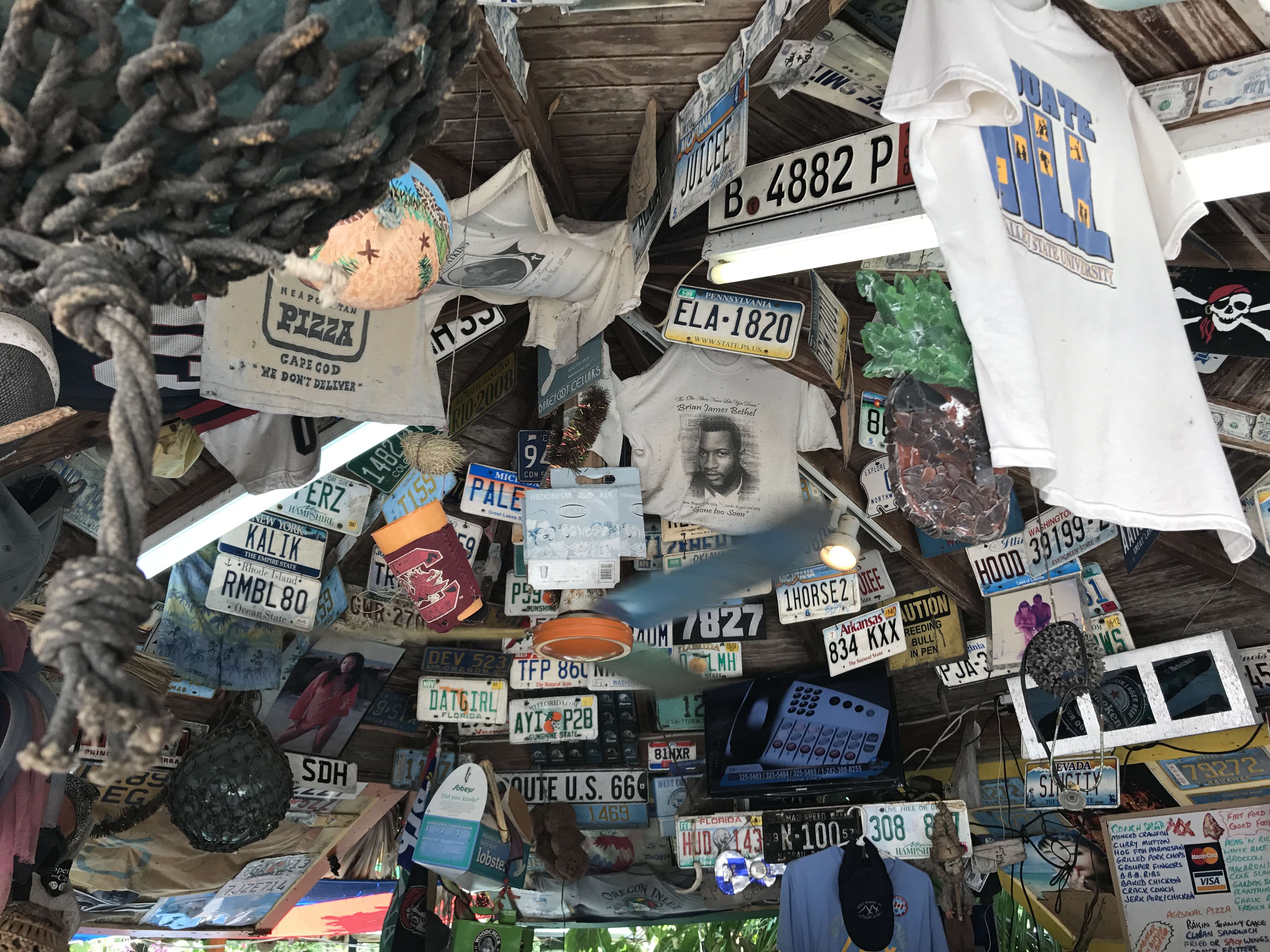 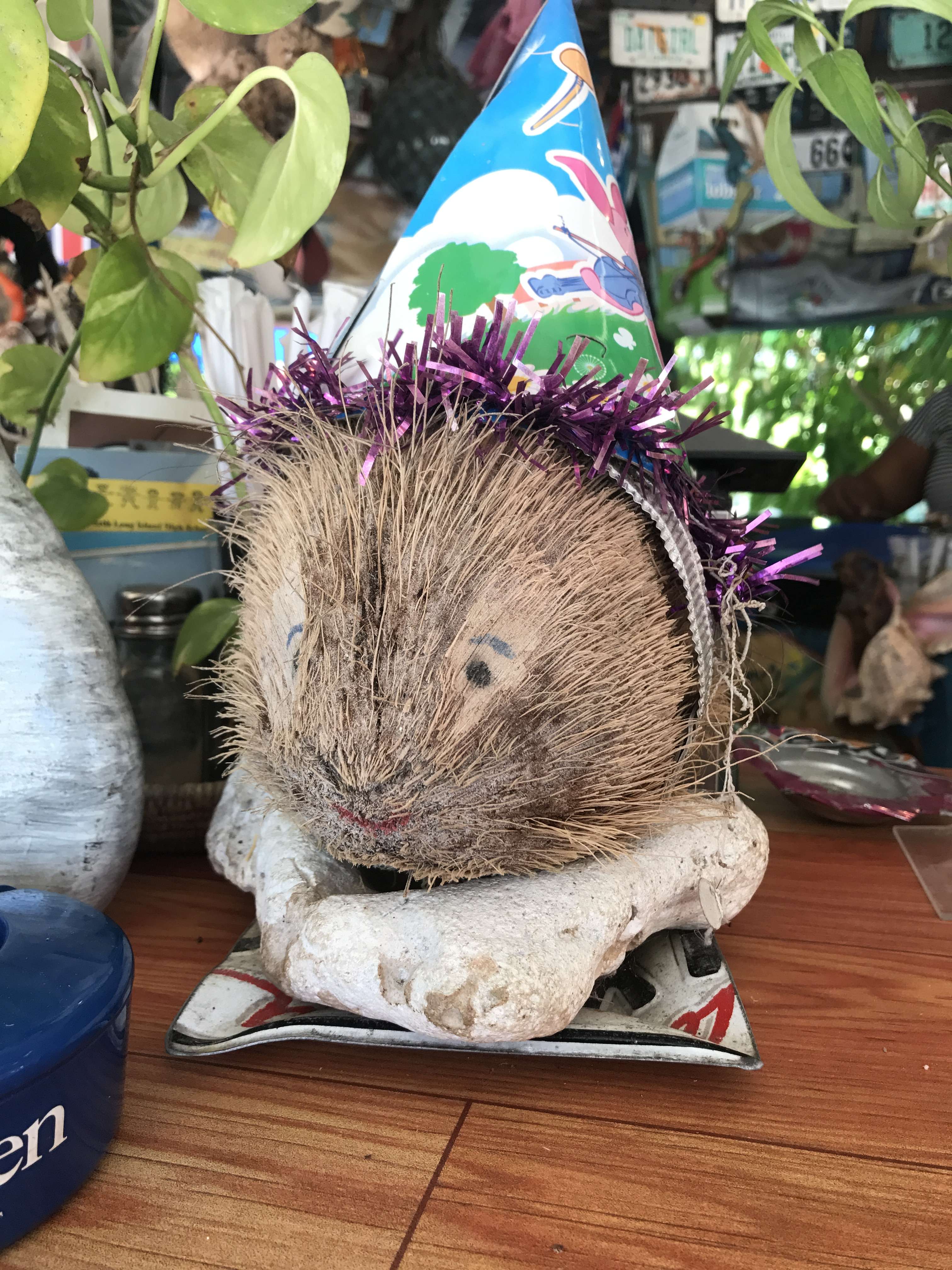 I should mention that the guests at Cape Santa Maria were from all over the world. In fact, we seemed to be in the minority as Americans. We heard Italian, German, French and a bit of British English during our stay. The property is owned and managed by a Canadian company.

The staff at the property was fantastic. Our daughter was a bit enamored of the General Manager, a super-great guy named Matt. Darby, the Operations Manager, was also a favorite. We had the same wait staff from meal to meal and it was great to get to know the people taking such great care of us.

My one and only thing I would have done differently was my massage. Let me just say that if you book a massage while here, you will want to wear an older bathing suit (you’ll keep it on and it will just be moved accordingly). My suit got a bit stained by the (tremendous amount) of oil used during the massage. No big deal, as I was able to soak it and get most of it out – but it might have ruined a suit depending on colors, etc. (This was the one thing I wish someone had warned me about, so I’m warning you.) But, truly, that is my ONLY negative comment about our stay. And when the only bad thing you have to say is that there was too much oil used in your massage while in paradise, that’s pretty dang good. 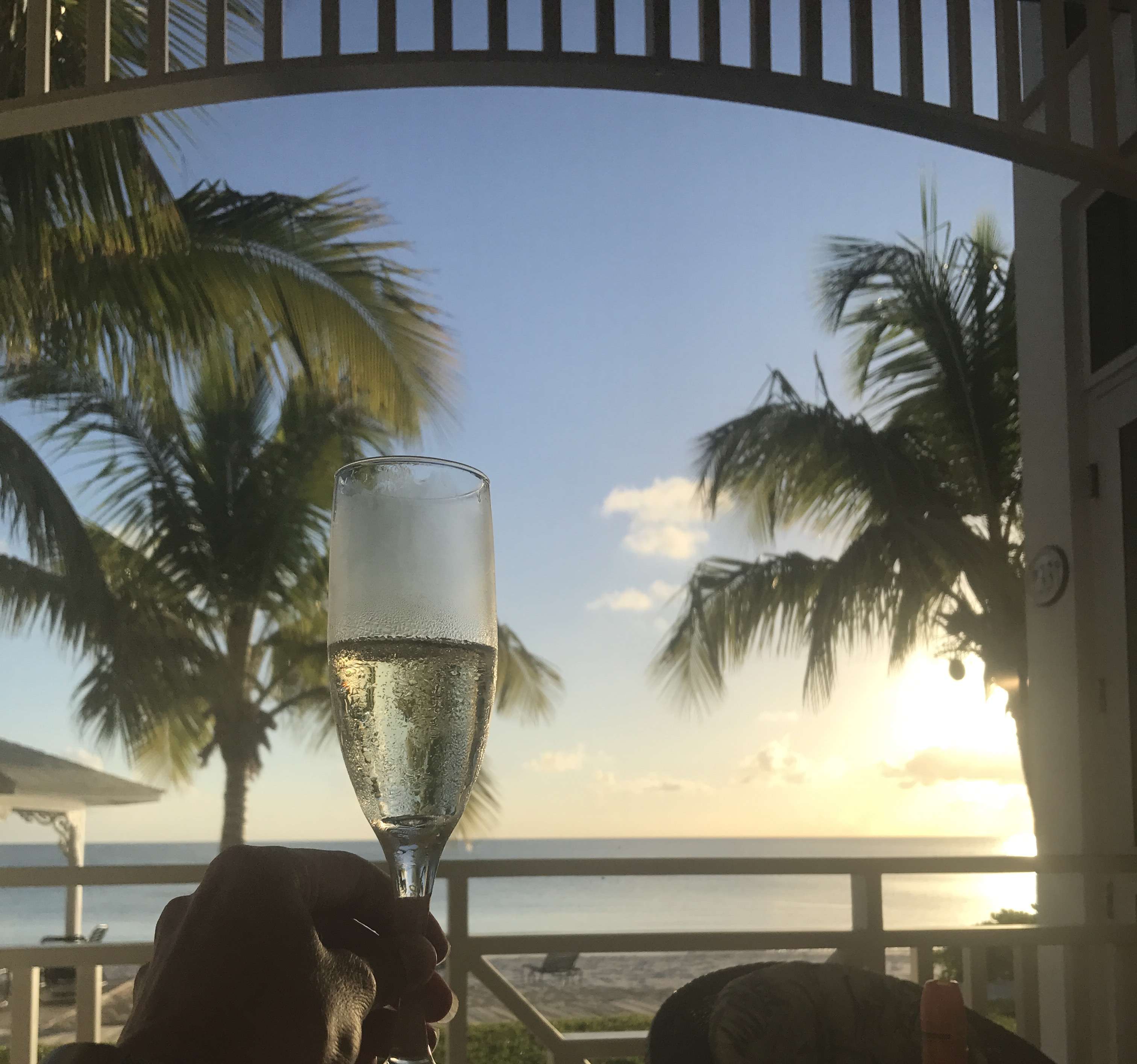 Sign up for our newsletter to receive the latest travel tips, hacks and destination advice right in your inbox.